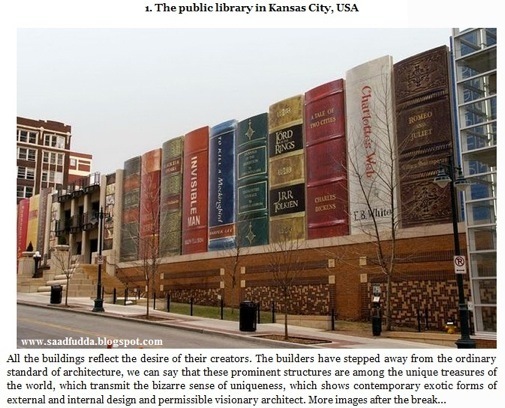 Once Upon a Decade: Tales of the Fifties


“Once Upon A Decade is a treasure-trove of small -- but highly polished -- literary gems of great depth and variety. The author seems capable of creating whatever mood he wishes, sympathetic and not-so-sympathetic characters unusually richly drawn, evoking a complex web of emotions: tension and heartache, love, hope and beauty... ” (from Amazon review by ex libris)

These are seventeen narratives of love and death, hope and despair, adventure at sea, adolescent angst, Borges and the mystery of the American writer with three names, Havana on the eve of the Castro Revolution, race relations in the Deep South during the lost civilization of the 1950s.

This novel has political intrigue, espionage and fast-paced violent action centering on a remote but troubled corner of the Russian Federation.

Daghestan has broken away from the Russian Federation and possesses missiles with nuclear warheads as well as a Russian nuclear physicist. The dictator is intent on selling both missiles and physicist to Iran. As the Dictator grows progressively more unstable, it becomes a race against time for the American operatives.

Complicating matters, Baker’s wife had been tortured and murdered years before by Thorne, the sadistic mercenary now employed by the dictator. Gold fears that Baker may have killing Thorne as his top priority, rather than capturing him for questioning.


(Recent reports of the guerrilla warfare taking place in the Republic of Dagestan, a republic within the Russian Federation, eerily comes on the heels of the publication of the espionage/thriller, The Caucasian Menace, a new novel set in a Dagestan which has already broken away from Russia. Dagestan, a remote region in the troubled Northern Caucasus, is unknown to most Americans, but is adjacent to Chechnya, which has been ravaged in fighting between Russian Government forces and Islamist Mujehadin Chechen rebels. In 2010 and 2011 this violence has spilled over into Dagestan, a potential tinderbox inhabited by various ethnic groups speaking 36 languages and dialects. The events portrayed in the novel, The Caucasian Menace, could very well develop from the actual situation in that troubled North Caucasus region.)

Zlotchew's English version of his eleven Spanish-language interviews with writers in Argentina and Uruguay plus interviews with three Argentine-born Israeli writers who still write and publish in Spanish. The interviews in Argentina and Uruguay (Part I: Voices of the River Plate) record the views of fiction writers J.L. Borges, Marco Denevi, Antonio Elio Brailovsky, Fernando Sorrentino, William Shand,and Julio Ricci, as well as of the author of hundreds of beloved tangos, Enrique Cadicamo, and scholar of Buenos Aires colloquial language (Lunfardo) and tango historian, Jose Gobello.

The three additional interviews carried out in Jerusalem and Tel Aviv (Part II: From the River Plate to the River Jordan) fiction writers include Samuel Pecar and Jose Luis Najenson plus historian Leonardo Senkman.

Jorge Luis Borges is considered by a great number of literary critics to be the most eminent Latin-American writer of the twentieth century. Translated into all the major tongues, his poetry, essays, and short fiction are among the most important pieces of modern world literature. The book, Seven Conversations with Jorge Luis Borges (Paul Dry Books, 2010), is Dr. Clark M. Zlotchew’s English translation of the interviews carried out by Argentine writer Fernando Sorrentino in Spanish. This Paul Dry publication is a newer version, with many more notes, of the 1982 edition published by Whitston Publishing.

In this book, Borges wanders from nostalgic reminiscence to literary criticism and from philosophical speculation to political pronouncements. His thoughts on literature alone run the gamut from the Bible and Homer to Hemingway and Cortázar. We learn that Dante is the writer who has impressed Borges most, and that Borges considers García Lorca to be a “second-rate poet.”

Donald Yates, the renowned Borgesian scholar, has called these dialogues with Borges "the best book of its kind, the one that provides the most reliable picture of Borges derived from tape-recorded conversations with him." The same critic finds in these interviews "an exceptionally open and intimate tone." The conversations were recorded on tape in 1972 and published in 1974 in Argentina but, because of the overly frank tone of Borges’ political statements, could not be commercially distributed until after the overthrow of Isabel Perón in 1976.

Libido into Literature: The "Primera Epoca" of Benito Perez Galdos

This book traces both the constants and the shifting thought patterns of this great Spanish author through the earliest period of his novelistic career. The book also shows the manner in which Galdos creates literature out of instinctual drives and unconscious psychic material.

The term "Magic Realism" is used a great deal in connection with Latin American literature, although there is no agreement in the meaning of the term. Opinions on what Magic Realism actually is are so polarized that some Latin American critics consider that Magic Realism in Latin America begins with the first short story of Jorge Luis Borges, while other critics claim that Borges cannot even be considered a Magic Realist.
This book examines the work and the opinions of several 20th-Century Latin American writers to determine what specific techniques are employed by them to form their personal brand of Magic Realism.

Alpha Teach Yourself Spanish in 24 Hours.

The 24 lessons in this step-by-step approach keep you on track as you start mastering this useful language. Grammar as well as vocabulary for specific situations build one upon the other. "The text has a nice conversational tone to it, as though you are speaking to your own Spanish teacher. Whenever the author introduces a grammatical point which might be confusing he follows it up by breaking it down into layman's speech and giving several examples." (From an Amazon Review by Erikamd). There are nineteen reviews for this book on Amazon Books.

Spanish at Your Fingertips

This book is structured in a clear, well-organized style that uses just enough explanation to satisfy your needs. So as not to waste your time, the language is concise and to the point. This book takes what could seem like a very complicated subject and delivers it to you in clear, simple, precise terms.