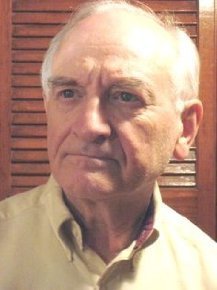 NOTE: TO ORDER ANY OF MY BOOKS, PLEASE GO TO MY CONTACT PAGE AND ORDER DIRECTLY FROM ME. THANK YOU. CZ

My wife Marilyn and I have been living in rural Chautauqua County in Western New York State since 1975. Here are some facts you might want to know about me, because many of them have had an influence on my writing:

I joined the U.S. Naval Reserve at age 17 as Apprentice Seaman, and received an Honorable Discharge as Chief Petty Officer at age 36. My experiences at sea and in various ports have left a lasting impression on me and are reflected in my fiction, from storms at sea to fog-bound Newfoundland, and from racially segregated Savannah in the 1950s to Havana, Cuba on the eve of the Castro Revolution.

Having traveled widely on five continents has left an imprint on my writing. So have a highly diverse set of careers, ranging from sales/production liaison for the export department of Schenley Liquors in New York to coordinating an educational program for Spanish-speaking seasonal workers in rural N.Y. State, to teaching Spanish in high school in New Jersey, and at several universities in Vermont and New York State . All these experiences have left a definite impression on my writing: My fiction, my translations of Spanish-language fiction and poetry, my literary criticism of Spanish and Latin-American authors, and my books teaching Spanish at various levels.

ACADEMICS: You might be interested in my academic background. If not, you certainly should skip this section:

I earned the Ph.D. in Romance Languages & Literatures from SUNY Binghamton. My primary studies were in the literature and linguistics of Spain and Latin America. Secondarily, I studied French literature. In addition, I studied the historical linguistics and development of the Romance languages from Latin (Castilian Spanish, Galaico-Portuguese, Catalán, Provencal, Rumanian, French, Romansch [Rhaeto-Romance]).

Short Fiction in Periodicals: I am fortunate to have had my short stories published in both my Spanish and English versions in the U.S. and Latin America. One story, in both the English and Spanish versions, has been published on the Internet. Another of the stories was translated from my Spanish version into Italian by an Italian Hispanist and published in a Milan magazine.

Translations from Spanish of short stories and poetry by Nobel Laureates; Interviews with Borges and 10 other Latin-American writers; Literary Criticism of Spanish and Latin-American authors and books teaching Spanish at various levels.

Once Upon a Decade: Tales of the Fifties, 2010 (short-story collection)(FINALIST in the NEXT GENERATION INDIE BOOK AWARDS, Short-Story Category, 2011)


Below you'll find an article about me that was published in 2004 in THE BUFFALO NEWS about being in places in “interesting times”:

Clark Zlotchew, former chief petty officer in the U.S. Naval Reserve's security section, has "a knack for being in places during interesting times, the right place at the wrong time," admits the Fredonia State College professor. In his case, some might define "interesting" as in the Chinese curse: "May you have an interesting life." Some escapade examples where Zlotchew turned up:

In Cuba, during Castro's revolution.

In Haiti, under "Papa Doc" Duvalier's reign in the early 1960s, when Zlotchew narrowly missed being shot by a guard at the presidential palace.

In Morocco, when there was an attempt on the life of King Hassan. Zlotchew's bus "was stopped by an automatic weapon-toting man in a pinstriped suit," he says, "and six rifle-bearing soldiers."

In Israel, during the Scud missile attacks from Iraq in 1991.
Before Zlotchew left Israel, he spent a few sleepless nights in sealed rooms wearing a gas mask and had a chance to learn first-hand how people feel when they face the serious threat of a bombing...

* * *
"When I was younger, my friends and I were looking for adventure.

"During the Cuban revolution [when I was in Cuba], we knew Castro was back in the hills, and that was exciting," says Zlotchew, who also has taught English to migrant workers in Batavia.

[Referring to thrillers) "Most people aren't anxious to experience danger and violence in real life, but many enjoy reading about it for the same reason they watch horror movies: to experience vicariously the thrill of danger."

An adventurous academic is not a contradiction in terms.

"Just look at Indiana Jones," Zlotchew quips. All he needs is the hat.

This Spanish professor has put his adventures to good use in a lucky 13 volumes*, including literary criticism, and translations from Spanish, and interviews with Latin-American writers. His most recent works are the self-help text, "Macmillan Teach Yourself Spanish in 24 Hours," and the military thriller, "TALON Force: Dire Straits" under the pen name Cliff Garnett. There, he predicted the rise of Osama bin Laden before Sept. 11, 2001...

When he's not traveling, he unwinds by playing guitar and listening to classical music.
END of Buffalo News Article.

*PLEASE NOTE: The article above was published in The Buffalo News in 2004.

ADDENDA: Since that time I've had four more books published, for a total of 17 books, as well as a Second Edition of Alpha Teach Yourself Spanish in 24 Hours (Macmillan changed to Alpha in Second Edition) and a new edition of his translation, Seven Conversations with Jorge Luis Borges.

The Caucasian Menace
Political intrigue, violent action and suspense in the little-known and volatile region of the Russian North Caucasus: Daghestan.

Voices of the River Plate: Interviews with Writers of Argentina and Uruguay
Author's English version of his Spanish-language interviews with J.L. Borges and seven other writers in Buenos Aires and Montevideo plus interviews with three Argentine-born Israeli writers who still write and publish in Spanish.